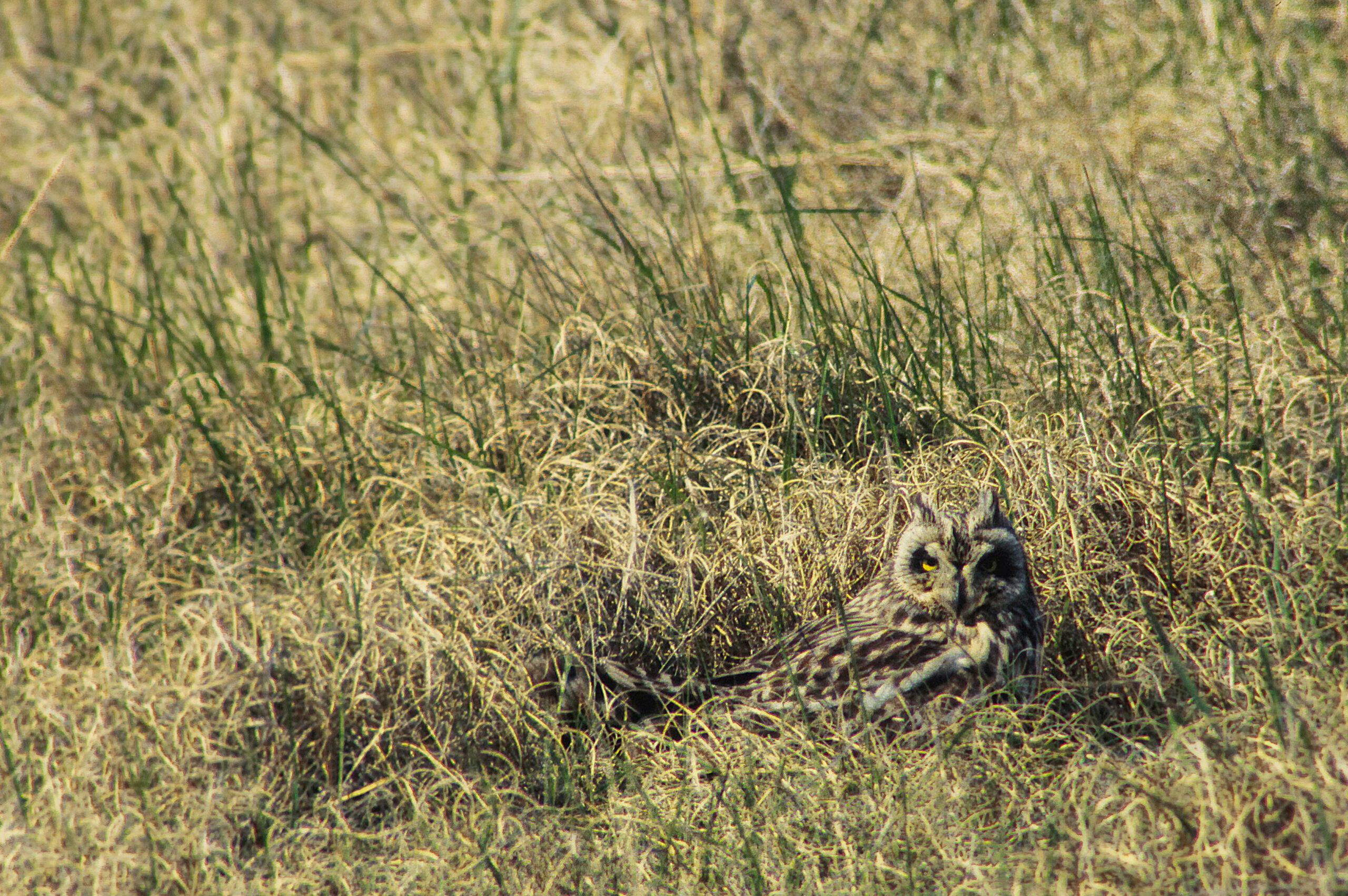 Grassland nomads
The short-eared owl is one of the world’s most widely distributed owl species and is found in various types of grasslands, tundra, and marshes. Being grassland nomads, short-eared owls respond to large fluctuations of prey populations and adjust their clutch size and migratory behaviour accordingly.

Unlike most owls, they are ground-nesting birds as trees are often absent in their habitat, and their flamed plumage offers perfect camouflage among rough grasses. The white spots at the sides of the beak are covered while resting, to blend in with the landscape even more; it is tempting to speculate that these white spots are important in signalling their presence to other short-eared owls. 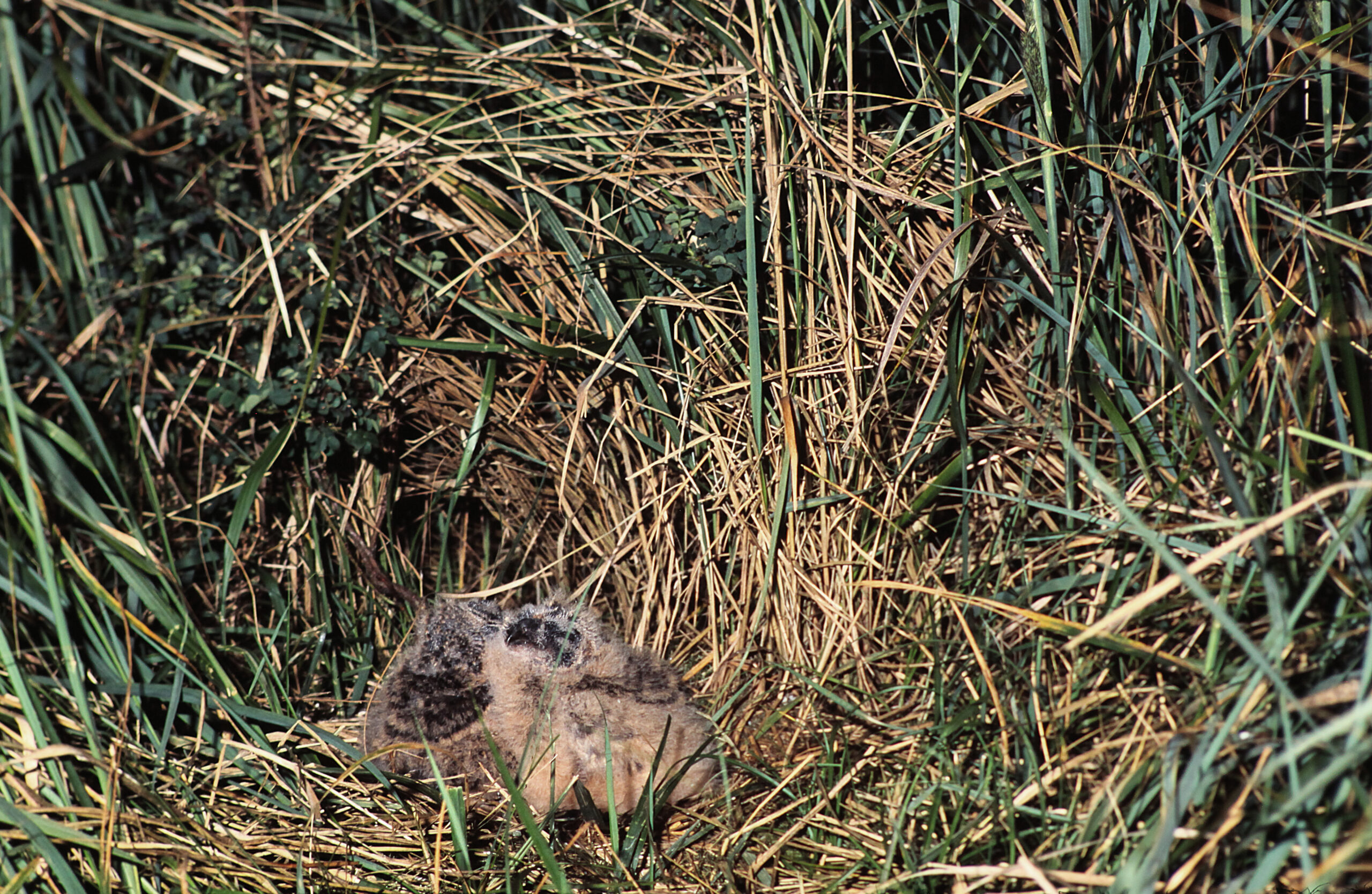 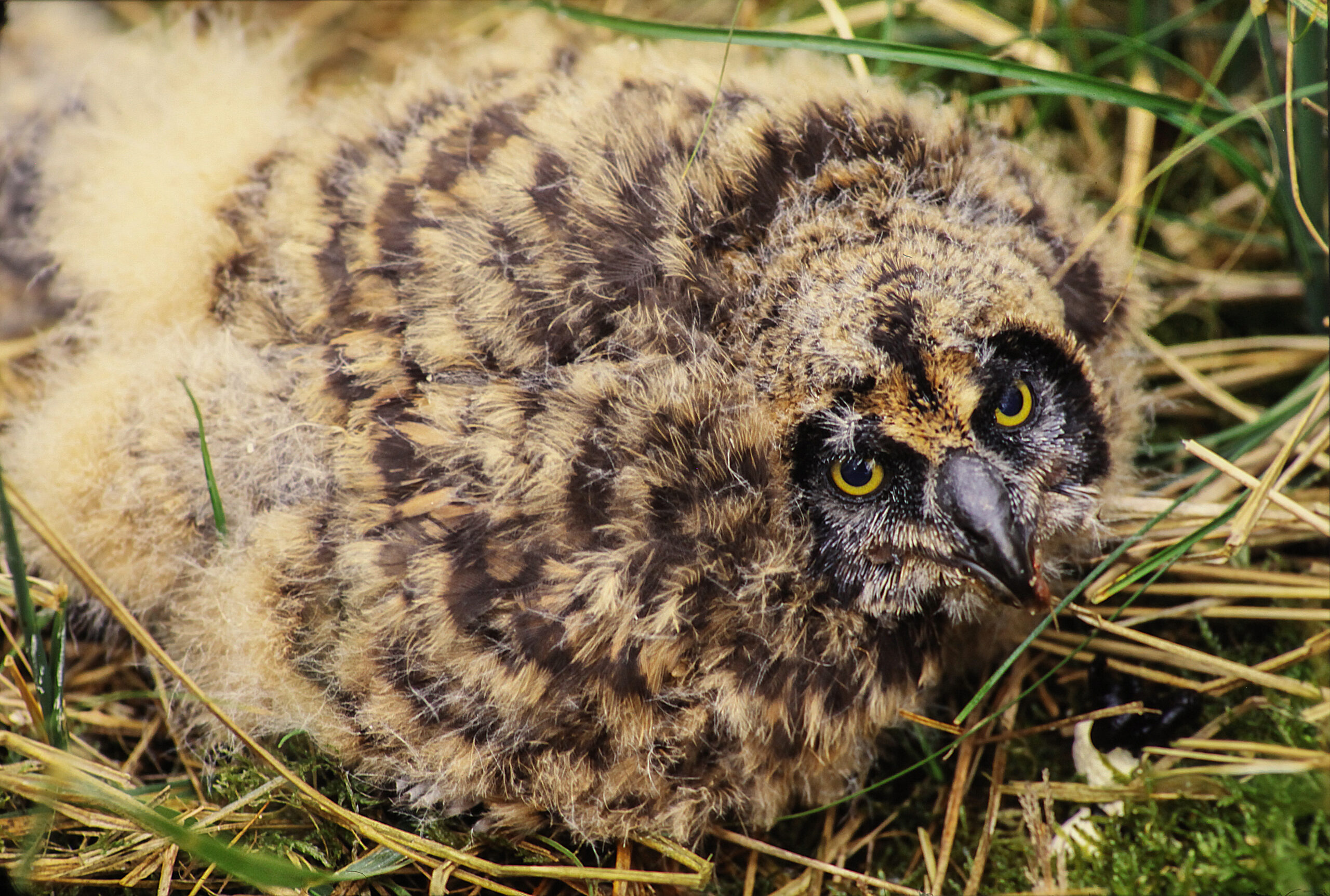 Short-eared owl numbers have decreased in much of their range, mainly due to loss and fragmentation of habitat. They depend on fields that are dominated by rough grasses year-round, which are rich in small rodents and poor in predators that may target the owls over the rodents (e.g. northern goshawks and alike). This dependence makes them vulnerable to human land-use changes. Silent flight
Dense vegetation of grasslands and tundra provides cover for prey species, such as voles and lemmings, which are their main prey. Short-eared owls are not strictly nocturnal – their prime hunting times are at dawn and dusk, but they hunt during daytime as well.

The leading edge of their wings, including the thumb feathers, have well-developed barbs to keep the flight silent and therefore unnoticed to potential snacks hiding in the grass. At the same time, the lack of noise from flying enables the owls to keep listening for potential prey in the grass below. Short-eared owls skim over grasslands so fast, that detecting prey on sight and reacting fast enough is nearly impossible at conditions with dense vegetation cover.

Instead, they use their incredibly sharp hearing to detect sound cues from unsuspecting prey. This technique is also practised by some diurnal birds of prey, like hen harriers, showing similar ear adaptations.

A skin flap in front of the ear blocks sound waves from directly entering the ear opening, whereas a disk of very dense feathers behind the ear works as reflector of sounds towards the ear. Different ears
The left and right ear openings are positioned at different heights in the skin of the head (see photo) and slightly differ in shape. This asymmetry provides different vertical positions of the ears, so the distance and direction of the sound can be estimated. This is a special adaptation required to catch prey on audio-cues alone. 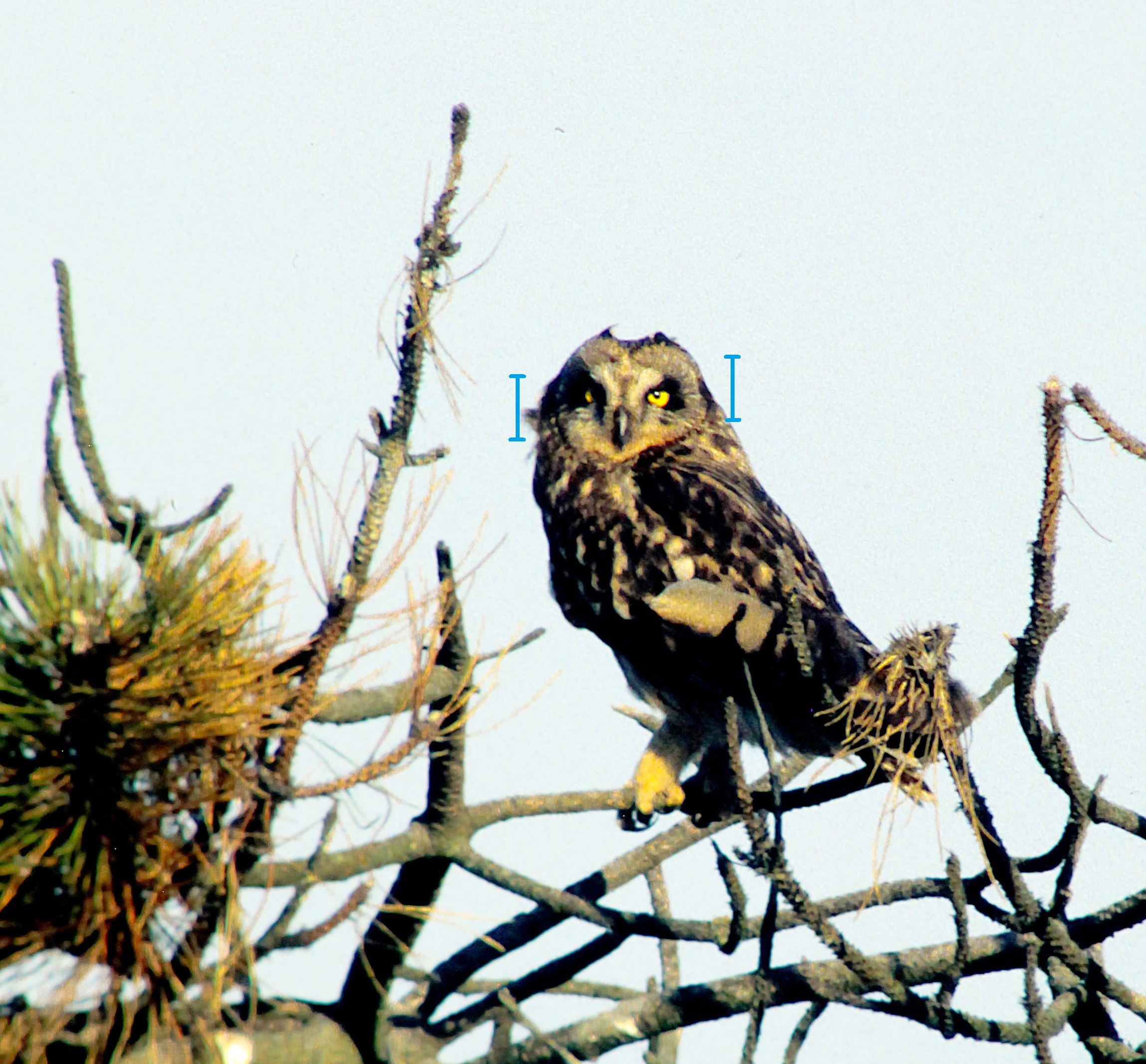 Because the owls hear their prey at a distance, they can anticipate to adjust their flight paths. However, prey may also be detected at a very short range.

Strong(er) owls
The large wings are used to hover above a suspected prey or to perform twists and turns and sudden speed reductions, in order to catch prey. These aerial acrobatics as well as long foraging flights require relatively large breast muscles and a large breast bone.

Owls generally do not have large breast muscles, for example compared to diurnal birds of prey, and therefore cannot have the strong flight of a raptor. However, the breast muscles of short-eared owls are more developed in comparison with the long-eared owl or tawny owl, suiting their type of flight. To grasp their prey, they dive down and use their long lower legs to reach through the vegetation to get hold of the snack hidden in the grass. The outer toe can bend backwards, so that prey can be surrounded by talons. The talons of short-eared owls are rather thin, but razor-sharp and used to retain small prey, whereas raptors hunting larger prey, e.g. northern goshawks, have very powerful nails to hold and kill prey.

Pink camouflage
What becomes apparent as a spectacular pinkish glow to the human eye, could serve as an extra camouflage for short-eared owls. UV light is not reflected from their feathers, but absorbed. Newly grown feathers or downy parts at the base of feathers show a faint pink fluorescence (which can be bright using a UV lamp). The extent of absorption is being gradually lost when feathers are more exposed to UV light. Animals that can see UV light (as many birds) can most likely not see the owl in the UV spectrum, because it would appear dark due to UV absorbance. Surprisingly, Short-eared owls, which are partially diurnal, show much fainter fluorescence than for instance more noctural tawny owls. Probably the degree of fluorescence and thus camouflage in the dark relates to the time of day and the environment an owl lives in.